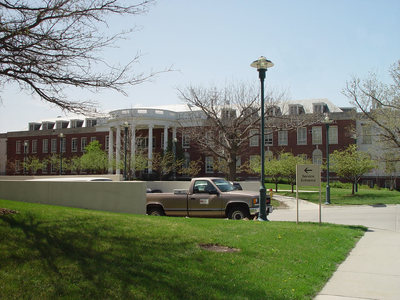 •In 1981, the University of Nebraska Medical Center acquired the recently vacated Children's Memorial Hospital building located at 44th Street and Dewey Avenue, through the Swanson Foundation.

•The building was renamed the Carl and Caroline Swanson Hall. Carl Swanson was an original member of the Children's Hospital Board of Trustees.

•Swanson Hall was demolished in 2013. The site is now the home of the Fred and Pamela Buffett Cancer Center.